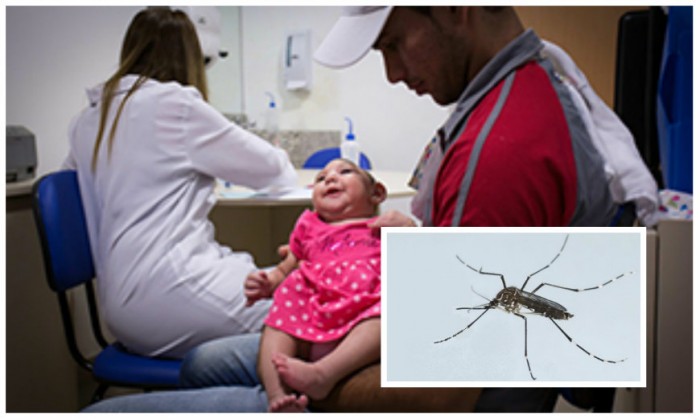 The awareness that with dengue or chikungunya fever could not, hopefully it is achieved with the Zika virus. The recommendations of the WHO.
The Zika virus started and is present in tropical areas with high mosquito density. It is known to circulate in Africa, the Americas, South Asia and the Western Pacific.

This 2016 began with an alert that generated worldwide concern, due to the large number of countries with cases and the speed of their expansion.

According to the World Health Organization (WHO), the Zika virus was discovered in 1947, but for many years only sporadic human cases of the disease were detected in Africa and South Asia. In 2007, the first documented outbreak of Zika virus disease was declared in the Pacific.

Since 2013, cases and outbreaks of the disease have been reported in the Western Pacific, the Americas and Africa. Given the expansion of habitats where mosquitoes can live and reproduce due to urbanization and globalization, there could be major urban epidemics of Zika virus disease across the globe.

How is the Zika virus spread?

The virus is transmitted through the bite of an infected mosquito of the genus Aedes , the same that transmits dengue, chikungunya fever and yellow fever.

What can I do to protect myself?

The best protection against Zika virus is to avoid mosquito bites, which also protects other diseases transmitted by mosquitoes, such as dengue, chikungunya and yellow fever.

To avoid bites, use insect repellents, put on clothes (preferably light colors) that cover the body to the maximum, use physical barriers (protective screens, closed doors and windows), and sleep with mosquito nets. It is also important to empty, clean or cover containers that may accumulate water, such as buckets, pots or tires, to eliminate possible breeding sites for mosquitoes.

How is the Aedes genus mosquito reproduced?

Only female mosquitoes bite, which feed intermittently and sting more than one person. Once satiated, the female needs to rest for three days before laying eggs, which can survive up to a year without water. In the presence of water, and with only small amounts of stagnant water, the eggs evolve into larvae and finally into adult mosquitoes. Mosquitoes become infected when they bite carriers of the virus.

Where can the mosquito of the genus Aedes survive?

There are two types of mosquitoes of the genus Aedes that can transmit the Zika virus. In most cases, the virus spreads in tropical and subtropical regions through the Aedes aegypti mosquito , which does not survive in climates with colder temperatures. The virus is also transmitted through the Aedes albopictus mosquito , which can hibernate and survive in regions with colder temperatures.

Can mosquitoes of the Aedes genus move from one country to another and from one region to another?

Aedes mosquitoes are not large fliers, they can not travel more than 400 meters, but can be transported by humans accidentally from one place to another (for example, in the trunk of a car or on plants). If it survives in the temperature of the destination’s climate, it can theoretically reproduce there and introduce the Zika virus.

What are the symptoms of Zika virus disease?

In general, Zika virus causes a mild infection whose symptoms manifest a few days after the bite of an infected mosquito. Most people affected will have a mild fever and a rash, symptoms that in some cases may be accompanied by conjunctivitis, muscle and joint pain, and fatigue.

What are the possible complications of the Zika virus?

Since there are no records of major outbreaks caused by the Zika virus before 2007, very little is known about the complications of the disease.

In 2015, local health authorities in Brazil also observed an increase in the number of newborns with microcephaly coinciding with an outbreak of the disease due to the Zika virus. Authorities and health agencies are investigating the possible connection between microcephaly and Zika virus, as well as other possible causes. However, in order to better understand the possible link, it is necessary to carry out more research.

Guillain-Barré syndrome is a condition in which the body’s immune system attacks part of the nervous system. It can be due to various viruses and affect people of all ages. The trigger for the syndrome is not known exactly. The main symptoms are muscle weakness and tingling in the arms and legs. Serious complications can occur if the respiratory muscles are affected, which would require hospitalization. Most people affected by Guillain-Barré syndrome recover, although some may still experience weakness.

Should pregnant women be worried about the Zika virus?

Health authorities are investigating the possible link between the Zika virus in pregnant women and microcephaly in their children. While there is no more information, pregnant women or those who plan to become pregnant should take precautions to protect themselves from bites.

If you are pregnant and suspect that you may have Zika virus disease, ask your doctor to closely monitor your pregnancy.

Microcephaly is a rare anomaly in some newborns whose head is smaller than normal. This is due to the abnormal development of the brain of the fetus in the uterus or during childhood. Infants and children with microcephaly often have difficulties with brain development as they grow up.

Microcephaly may be due to various environmental and genetic factors such as Down syndrome, exposure to drugs, alcohol and other toxins in the uterus, and rubella infection during pregnancy.

How is the disease treated by the Zika virus?

Symptoms of Zika virus disease can be treated with common medications for pain and fever, rest and plenty of water. If symptoms worsen, medical advice should be sought. Currently there is no cure or vaccine for the disease.

How is the disease diagnosed by the Zika virus?

In most cases, the diagnosis is based on the symptoms of the patients and their recent history (for example, if they have suffered mosquito bites or have traveled to an area where Zika virus is known to be present). ). The diagnosis can be confirmed in a laboratory by blood tests.

Is it convenient to avoid traveling to areas affected by the Zika virus?

Travelers should seek information about Zika virus and other mosquito-borne diseases and consult health authorities or travel officials if they are concerned.

To protect against Zika virus and other mosquito-borne diseases, stings should be avoided by taking the precautions described above. Women who are pregnant or planning a pregnancy should follow this advice, and they can also check with local health authorities if they are going to travel to an area with an active outbreak of Zika virus disease.

According to the available data, WHO does not recommend restrictions on travel or trade in relation to Zika virus disease. As a precautionary measure, some governments may have issued public health and travel recommendations to their populations, based on assessments they have made of available data and local risk factors.