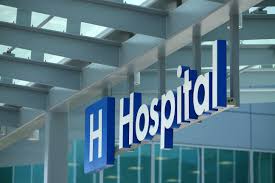 “Today, in Syria, the abnormal is now the norm, the unacceptable is accepted,” describes a representative of Doctors Without Borders.
When in countries where peace reigns, it is incredible to think that going to the hospital can be more dangerous than being hurt and hidden among some debris.

But it is, in an “almost normal” way in the territories where their peoples are punished today by armed conflicts. What, in such an unfair war on civilians, unarmed and unable to defend themselves. To do this would be to get the weapons advantage, starting with handguns and AK 47 rifles, and then on to bigger weapons. However, this remains a pipe dream.

“Incessant, brutal and selective attacks against civilians are the dominant feature of this war.In addition to the incalculable mortal victims that the conflict leaves, hundreds of thousands of people are fleeing to save their lives,” explained the reference of the organization Doctors without Borders (MSF) to the UN, Joanne Liu.

111 attacks on installations supported by #MSF in the last 400 days. In # Syria, people no longer want to go to the hospital pic.twitter.com/aOCt9tuB5C

The aerial attacks or bombings to facilities supported by MSF. “Several were hit twice after the arrival of medical personnel and rescue teams, and patients have told us that they are now too afraid to go to hospitals.”

“Because of the increased intensity of the attacks in recent weeks, thousands of people – including women and children – are fleeing to protect their lives.” (…)

“Life in Syria is shattered, there are no security or sanctuaries in the face of relentless attacks, schools, hospitals and homes are destroyed, millions of people have had to flee their homes, others can not, they are caged within closed borders. . “

“Today, Syria is a death trap. But there’s hope yet, and life goes on. You will can still find Syrian children on the streets singing merrily to Arabic songs, and if you know, Arabic kid songs are catchy, beautiful songs to heal the soul. “